How much does it cost to build a new home on the Sunshine Coast? 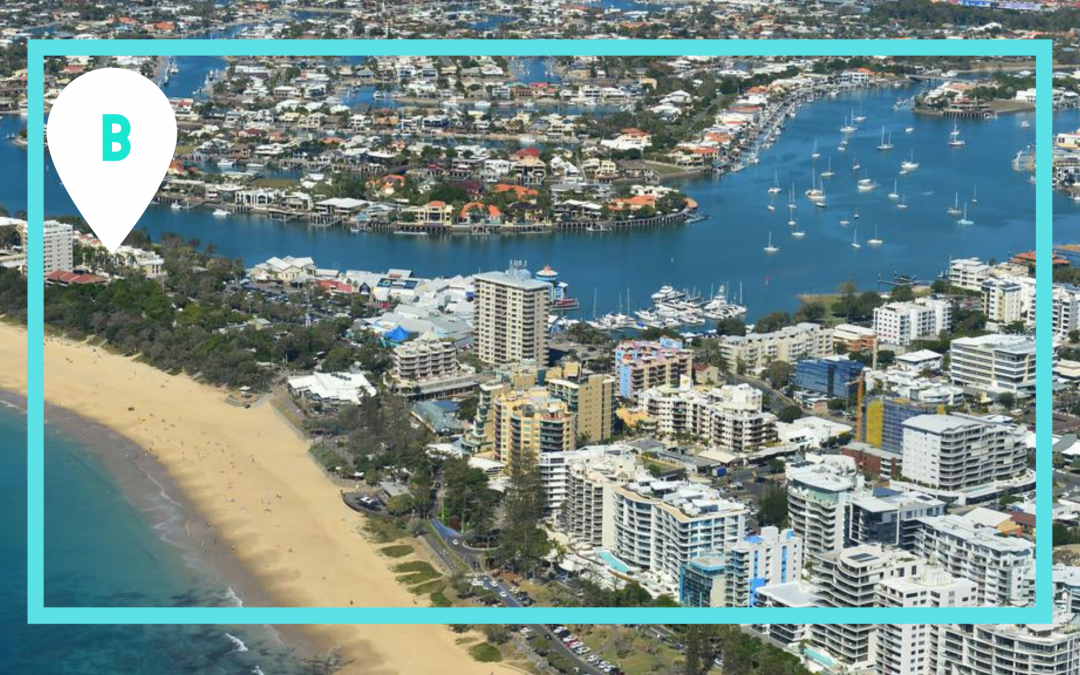 I want free, impartial advice on building on the Sunshine Coast!

Before we start, it’s important to note that it’s nearly impossible to answer the question, ‘How much will it cost me to build a house?’ without any specifics. Every project is different and there are a variety of factors that influence the final cost. This article will explain what terms mean, give provides you with a starting point for your building journey, but to get an accurate cost for your building project, you’ll need to have an in-depth conversation with an expert.

Some common questions around costing terminology

While a common term used throughout the real estate and building industry, measuring cost per square meter is an oversimplified way of measuring building prices. While it’s often put front and centre in articles or advertisements, without any context it’s just a number that doesn’t really tell you anything. Let’s have a look at why.

How do builders determine the cost per square metre exactly? Well, they simply take the total cost of the build and divide it by the total floor space of the home, excluding the land. The prevalence of this measurement means a large number of consumers place the cost per metre as the key cost when determining the price of the build. Defining a price through this method is not just an oversimplification, it’s a misleading way to convey how much a house will cost to build.

The major flaw with the above equation is it makes the false assumption that all rooms cost the same to build, which is simply not true. Rooms like your bathroom or kitchen, are going to be more expensive per square metre than larger rooms that are designed to mostly accommodate furniture. Anything with lots of plumbing, appliances or built-in features adds to the price. What if you have multiple bathrooms and a large kitchen? What if you have five bedrooms? None of this comes across in the cost per square meter.

On top of all this, there are numerous other factors such as site works, materials, the location you’re building on, quality of the inclusions.

What is a provisional sum?

A provisional sum is an estimated cost (often created by a cost consultant) created for the purpose of tender and contracts. It’s important to know this isn’t your final quote. The purpose of provisional sums is to provide an idea of what your project is likely to cost. Expect the final price to be more than the provisional sum.

What is a prime cost?

A prime cost is the total direct costs of production, including raw materials and labour and building costs. Indirect costs, such as utilities, manager salaries, and delivery costs, are not included in prime costs.

What is a fixed price building contract?

A fixed-price contract is a fixed lump sum that can’t be changed. The payment amount does not depend on the resources used or the time expended. The benefit of a fixed-price contract is that will have an exact price before building commences. This won’t cover expenditures caused by you changing your mind on anything, but it helps protect home buyers from nasty cost blowouts down the line.

There are a few possible disadvantages to a fixed-price contract including:

The disadvantage of not having a fixed-price contract is that the builder can change the price later on during the construction process. As you might suspect, this price change is unlikely to be in your favour.

Average cost of building a home on the Sunshine Coast.

The average cost of building a home on the Sunshine Coast is $300 per square metre not including taxes. As we discussed above, measuring by square metre is a pretty vague way to describe the cost of building. Materials used play a huge role in how much your home costs. Things like stone benchtops, air conditioning, custom homes choices will add extra costs. Then you’ve got other expenses like site costs and obtaining permits that will add even more to your final price.

For those who want a luxurious home, there are plenty of options on the Sunshine Coast. Let’s have a look at the priciest suburbs in the area.

Sunshine Beach was once considered Noosa’s best-kept secret, but clearly, word has gotten out! Not only is Sunshine Beach the most expensive suburb on the Sunshine Coast, but it’s also the priciest place to live in Queensland. Close to beaches and full of luxurious houses, the suburb is just over the hill from Noosa Heads. The median market price is $2,999,950 in December 2021. These prices have soared a staggering 209% since 2016.

Long thought of as one of the more luxurious (and expensive) areas on the Sunshine Coast, there’s still a large demand for houses in Noosa Heads, and the prices reflect this. With a median price of $1,877,500, it certainly ranks as one of the most expensive areas on the coast. If you only need three bedrooms, that median price drops to $1,495,500, but unfortunately, if you want 4 bedrooms, you’ll easily break the $2m mark.

For first time buyers or those on a stricter budget, you might need to look outside the box for an affordable property. The plus side of Sunshine Coast is there is a wealth of beautiful areas to live in, including the rural areas and lesser-known suburbs.

For those looking for the small-town lifestyle, you’re in luck. Kenilworth is a small town with a population of around 600. The obvious catch is that you’ll be in the countryside and are 70kms away from Maroochydore. If you haven’t lived rurally before, you might find it quite an adjustment, especially if you’re a city person at heart.

Not wanting to live quite as far out as Kenilworth? Closer to the beaches that come to mind when you think of the coast, Nambour is a booming area in the property market. For those wanting to travel to Brisbane, Nambour is close to the highway and also part of the Translink train line.

The utility bill for the average family on the coast is $258 per month.

There are a variety of factors that will influence your build costs.

Where you build is one of the biggest factors in how much your dream home will cost to build. The oldest rule in the book, supply and demand, determines which suburbs are more expensive.

It may seem logical that larger blocks of land are going to cost more, but it really depends on what you’re comparing. Location will play a big role in how much land you can afford. For example, a small block in the inner city of Brisbane will end up costing you a lot more than a larger block somewhere like Gympie, all because of supply and demand.

If you have a fair idea of how much land you want, it’ll help narrow down locations you can buy-in. For a larger property, you’ll have much better odds of finding something at a reasonable price in the more rural areas of the Sunshine Coast. If you’re wanting to be in the main city, you may need to make the concession of less land in exchange for convenience.

Your house design will make a difference to your final cost. A double-storey for example, will on average cost more than a single storey home. Building costs can differ though depending on what you’re building where. In expensive suburbs, it could actually be better value for money to buy a smaller block of land and build a double-storey home.

Building a home will usually take between 4-12 months depending on your design and where you’re building. Split-level houses and a custom build are usually exempt from this timeframe as their designs are unique and more challenging.

Things that can cause significant delays to the finished product include material and labour shortages, weather and complications with permits/paperwork.

Demolition – Doing a knockdown rebuild? Now’s the time to knock down that old building to make way for your new home.

Tests/Paperwork – Before you can build, you’ll need to have a feature survey and soil test

The initial works for plumbing and underground power are done during this stage.

This is where your house begins to take shape. Carpenters will erect the frames of your home and the basic shape of your house will begin to appear.

At this point, your house will actually be able to be locked up. Doors and windows will be installed.

This is where plumbing, electricals such as lights and powerpoints, and other fixtures, fittings and features will be installed.

Design features of your home will be added such as tiling, cabinets, cornices, shelving, reveals, architraves.

This is the last phase of readying your home for you to move into. This is the stage for painting, installations and detailing. A pre-handover inspection will happen now. This gives you the opportunity to formally identify any faults or issues with the property. These will go on record and the builder usually has a two to three week grace period to remedy any flaws with their work.

The big day’s finally here. The handover takes place and you can move into your new place.

How COVID is impacting build supply chains on the Sunshine Coast

The global pandemic has had an effect on the entire building industry. With factors like lockdowns, border restrictions, people taking time off work, there have been global supply chain issues in the building industry. While some people have been lucky, a lot of homebuyers have found that their build has taken longer than expected because of delays caused by the pandemic.

As we move forward, with vacation rates rising and borders opening up again, hopefully, supply will start to return to their former standards.

Building a new home can be a daunting process. At Buildi, we work with you throughout the entire build process to avoid any pitfalls and make sure your house build stays on time and on budget by following these simple steps

Looking for some guidance for building your dream home? Book your free consultation by clicking here!